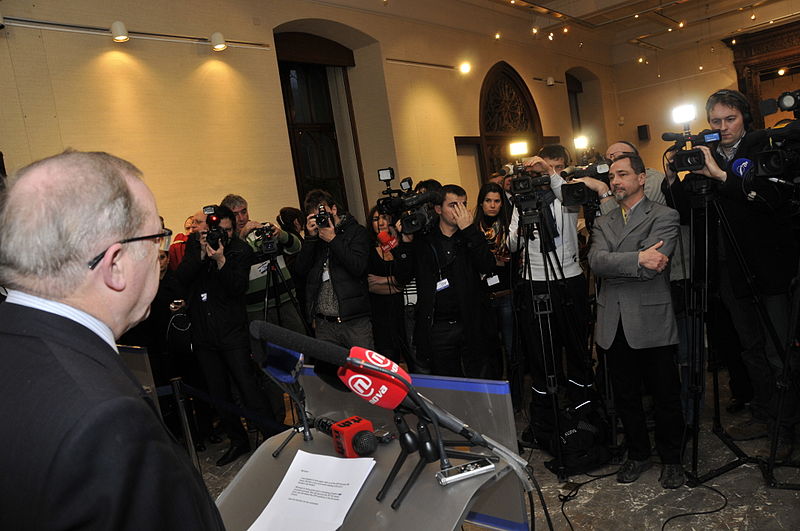 WHEN TUNISIA exploded, the West was caught by surprise and didn’t know what to do. So it stood by and found, to its amazement, that people there wanted democracy, not an Islamic theocracy — to step into the future and not return to the past. So when Egypt exploded, US President Barack Obama overruled his closest advisers, backed the democracy movement, advised Egyptian President Hosni Mubarak to step down and urged the Egyptian military to ensure a smooth transition to democracy. The entire world applauded. Quite suddenly, the US ceased to be the Great Satan it had been for decades in the eyes of the Arab populace and became a country they could live with and even emulate. So when Libya exploded — and instead of negotiating with the protestors, Col Muammar Gaddafi started shooting and bombing them from virtually the first day — it was not only do-gooders on comfortable sofas around the world but the Arab League that urged the US and EU to declare a no-fly zone over Libya in order to halt, or at least limit the carnage and, just possibly, force Gaddafi back to the negotiating table. That initiative has gone so horribly wrong that it could well sound the death knell of western hegemony and plunge the Arab world into irretrievable chaos.

The purpose of the no-fly zone should have been to prevent Gaddafi from using his air force against defenceless opponents; it should have been to send an unambiguous message to all current and would-be dictators that the world would not stand by and allow any regime to use weapons intended for the defence of the State against external threats, against its own people. Last, it should have been to level the playing field in Libya just sufficiently to make the cost of military subjugation unacceptably high for the Gaddafi regime.

By its very nature, aerial bombardment is imprecise. In the first Gulf war, 76 percent of the precision-guided US missiles fell outside the target area and killed thousands of civilians. It is a safe bet that the same thing has happened in Libya. But even if the civilian casualties have been much fewer, the Libyan rumour mill will magnify the number of civilian deaths and the populace will believe every word it is fed. In sum, the US Navy has done precisely what it and NATO had, under the UN Security Council’s mandate, set out to punish and prevent. What is more, it has destroyed the moral high ground on which international intervention had sought to position itself.

The effect that this botched intervention is likely to have upon the already disintegrating international political system is too grim to contemplate. First, Libya is not Egypt. The latter is not only richer, but has a 5,000-year history of settled civilisation. The Libyans, by contrast, are mostly Bedouin tribals and still belong to the desert. From the start, the Libyan civil war was more of an inter-tribal conflict than a struggle between an autocratic State and a growing, economically empowered, civil society yearning to flex its political muscle. If Gaddafi chooses to fight, he will be followed to the death by the majority of his tribe. If they are driven out of Tripoli, they will take to the desert and continue to fight a guerrilla war. As we have seen in virtually every country from Pakistan to Lebanon, they will paralyse any alternative government by assassinating their leaders, their judges and policemen, and any tribal chiefs who are prepared to work with it. They will also blow up oil pipelines and installations.

WORST OF all, just as the US’ intelligent restraint strengthened democratic forces and weakened the Muslim Brotherhood in Egypt, the unbridled use of force in Libya will end by doing the opposite. It has severely damaged the standing of the Arab League, which had only wanted a no-fly zone to prevent civilian deaths, and thereby weakened one of the few moderate regional organisations left in the Islamic world. In the end, these countries will have spent another half a trillion dollars on a war that none of them can afford, only to hand over at least the western half of Libya to al Qaeda’s affiliates and further strengthen their most implacable enemy.

Does the West have a death wish? Have David Cameron, Nicolas Sarkozy and Obama learned nothing from own bitter experience in Iraq and Afghanistan, and those of Israel in Gaza and Lebanon? The answer is that they have lost not their senses but their control of foreign policy. Today, foreign policy is increasingly being made by the media. Every leader dreads the moment when caution, or inaction, by his or her government, even when dictated by the most powerful logic, will be presented on TV sets in billions of homes as cowardice or insensitivity to human rights. The weaker the government, the less is it able to withstand such pressure. Which is why it was Cameron and Sarkozy and not Obama who took the lead in attacking Libya. The development of the mass media has democratised the world in a way that nothing else could have done. But the world has yet to learn that like every other great technological advance, this too has a dark side, which, if it isn’t understood and controlled, can turn into a deadly threat to the future of the human race.